How to render fat, or tallow

After my last attempt at using tallow for making candles, (see the links at the bottom of this page) I decided to render more tallow. I asked the butcher at our local supermarket and he went to the freezer and got out 2 kg which was very cheap. ​ 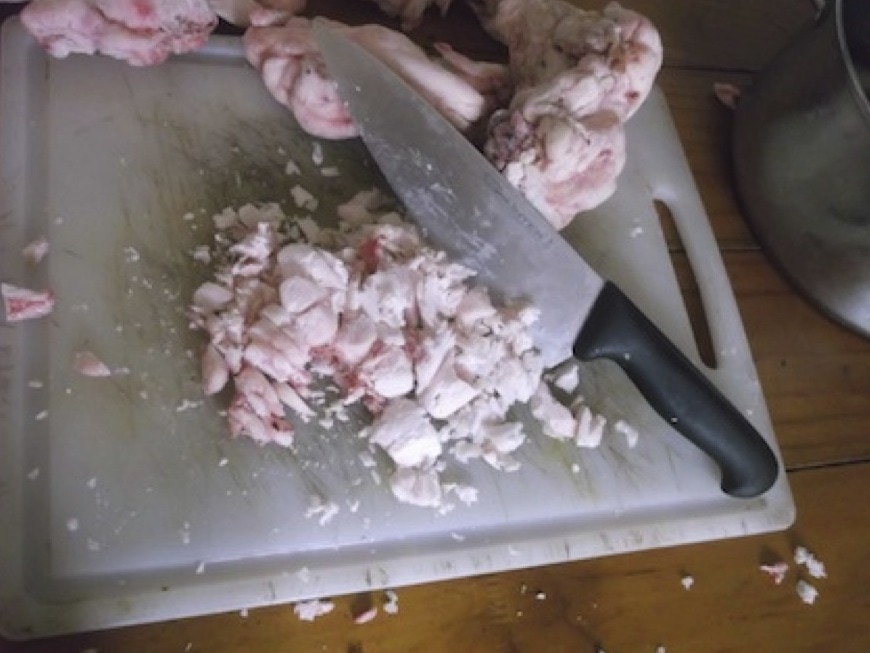 I froze the sheep fat, and it crumbled up nicely, but the frozen core of the fat was so hard, my hand kept sliding off the handle of the knife onto the top of the blade and I got a huge blister. As the fat thawed, cutting the sinews became harder and harder. I decided to use the blender on the remaining fat as I was not able to chop anymore. After about 1 hour I had it all finished. ​ 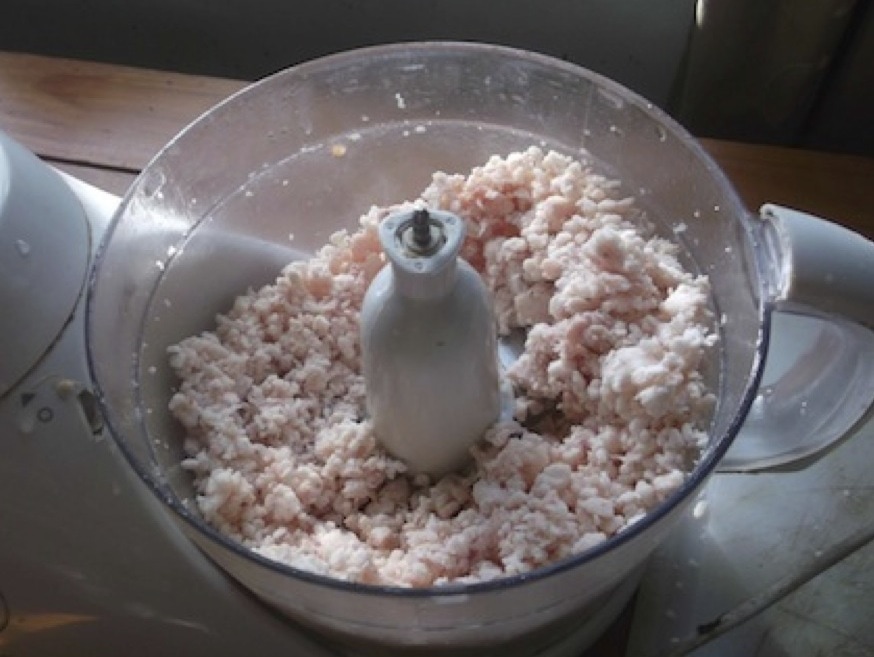 I decided on wet rendering, that is with some water in the pot. Once again after four hours the fat chunks had not completely rendered the fat. I decided this lengthy cooking was very wasteful of energy. There is no good in making candles from renewable fuel sources, when the process burns up enough non renewable power to light my house for longer. 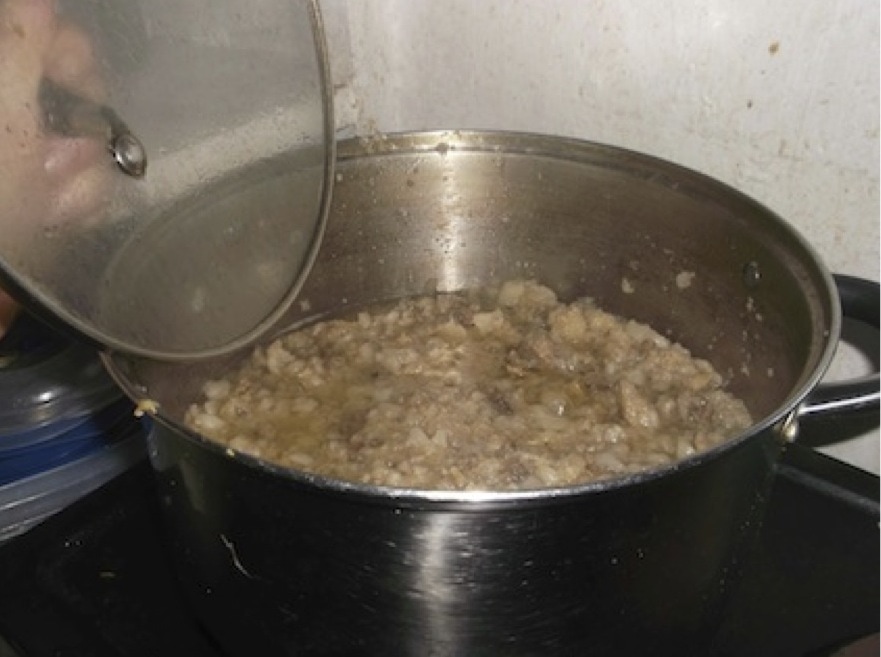 After four hours of cooking I only managed to extract two cups of fat, and the bulk was locked up in large chunks you see here

I think less energy would be wasted if the parts were cut small enough. I turned off the heat and allowed everything to cool. Then I put the pot fat in the fridge. The next day. I took the fat crumbly mixture and put it in a blender. The cold fat chopped up nicely, into fine crumbs, but if I left it a few seconds to long, it seemed to soften and coalesce into a huge lump that due to its stickiness left a lot of fat on the blender.

I put the blended fat in a pot on the stove and turned it up high. It seemed as if the whole mass took ten minutes to render, but it may have been longer. Chopping the fat fine is the way to go. When I tried doing it raw and frozen it seemed to do violence to the blender, so it may need to be done after a little cooking. 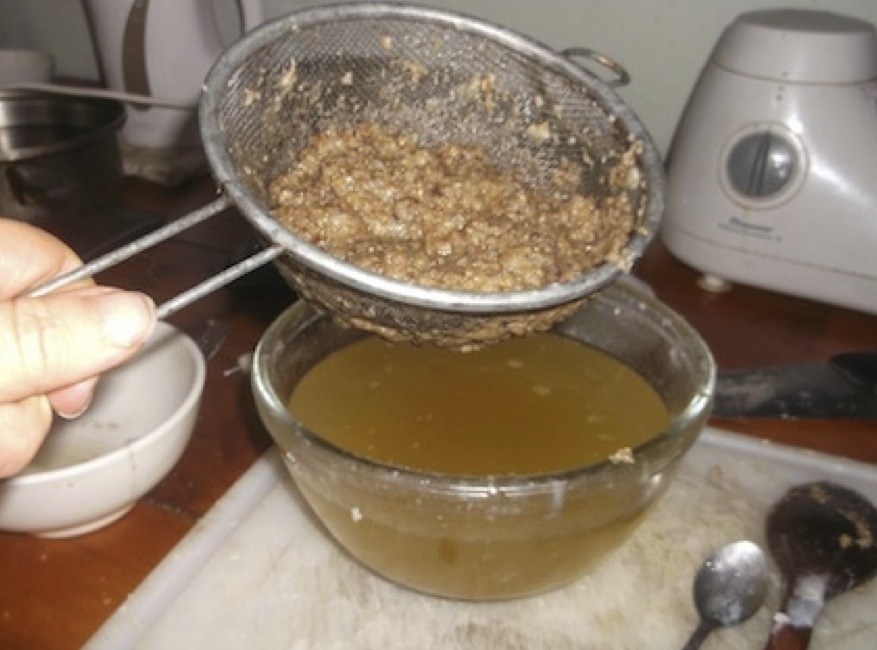 I poured off the liquid fat through a strainer and left it to cool. The brown gluey mess in the strainer I put into a big pot. I cleaned the blender off with warm water, pouring the water into the big pot, and did the same for other equipment. Then I boiled up the pot again and poured the contents into mason jars so that I could extract any fat from the liquid. 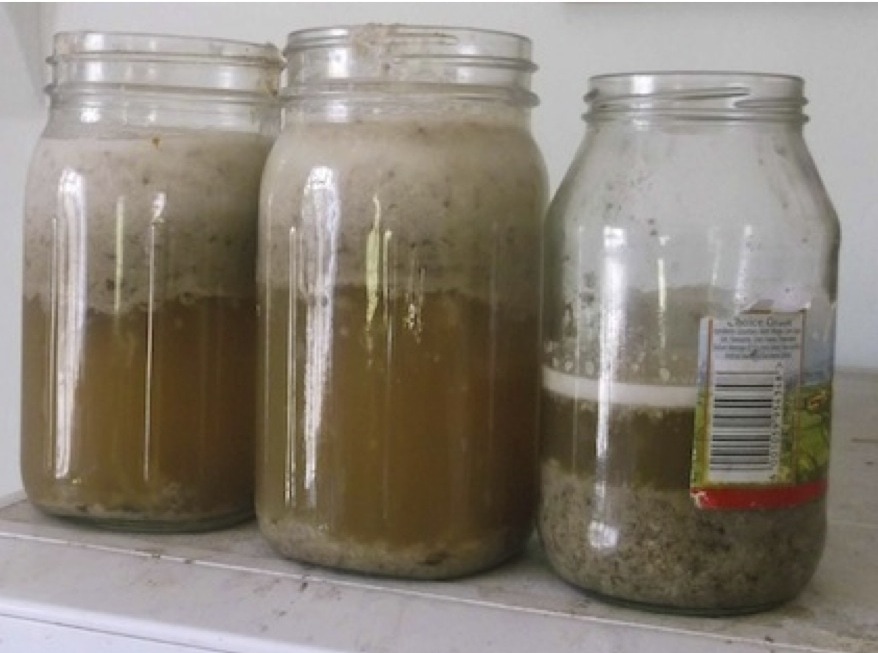 It appears too dirty to use for candles but I think it will be just right for birds. In one video I watched, the narrator stated that she fed this suety stuff to her chickens, and it makes sense.
While rendering the fat on the stove, it had a very different smell, more rank and kidneyish, more like the fat from the machine waste. It made me wonder about whether the butcher did not give me some beef fat from around the kidneys. Apparently the body area from which the fat comes is vital for its quality, and that first lot I got was all on the bone, it appeared to be very good. However in a video I saw the narrator claimed that fat from around the pork kidney is the best and least odorous.
I seem to have done quite a lot of things wrong in using tallow to make candles. I have not mastered the making of wicks, I may buy proper wicks for the next batch. I overheated the fat which is why its so smelly and dark. In the future I would insure I had only mutton, I would chop the fat coarsely, and then make the raw fat really small in the blender, and keep the heat low during rendering, and harvest the fat as soon as it floats up, several times during the rendering process, to avoid the whole lot being browned by cooking so long. I finally found quite a good video about how to render fat. I wish I’d watched it first, but one also learns from mistakes what not to do.
After the tallow cooled, I cleaned it, remelted it and made a new wick, poured candles, and found my trials with using tallow to make candles were far from solved. You can see this on the third page.

greener homes and tips for running one

page one on making candles from tallow

a great video on extracting pork lard for pastries