​a green roof:
some of the pros and cons, and available knowledge today 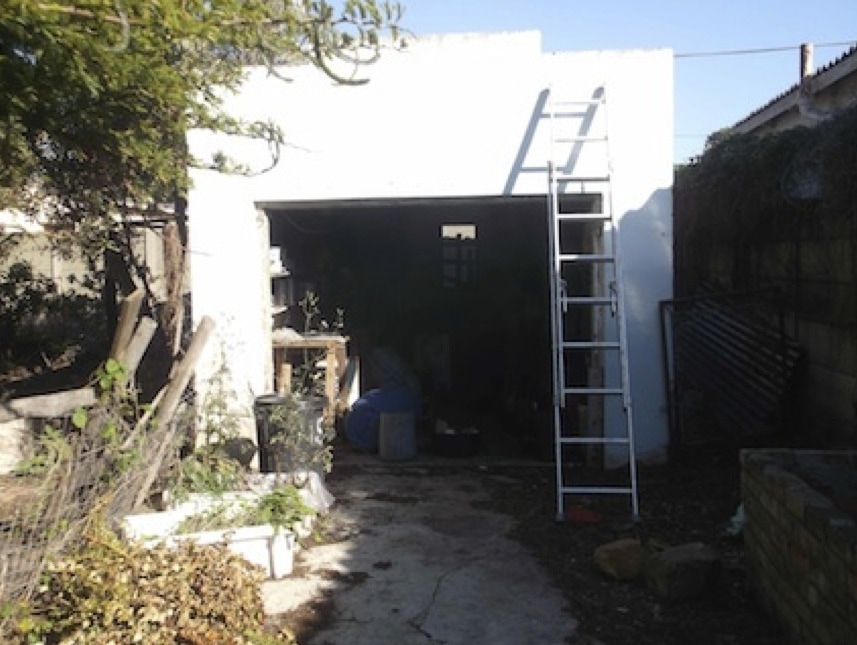 the garage I would like to convert to a microhome

​I’m presuming many people would think of a green roof, if they have wanted to build a green home. I am researching on reducing costs for the microhome I want to build, a “grannyflat” as we call it here. Once it is habitable, I can live in it and raise rental income from my house. The research reminded me of the idea of planted roofs again, but I soon began to doubt whether it suited a small DIY project like this, due to the complexity of construction.

some of the types of planted roof

A green roof is basically a roof  on which plants grow. There are two major types in the literature: intensive, which generally have deeper growth medium and require stronger support structures, and a lot of gardening upkeep, for example if you had a vegetable garden on your roof. The extensive type have thinner ‘soil’ and permanent tough xerophytic planting. Their support structures have less weight to bear and can be cheaper per unit of area, and they need little horticultural upkeep, only occasional irrigation. They tend to be more mass-produced and use more high tech materials, but not always. In 2002 in the US, large extensive planted roofs were still custom made.

a planted, natural roof and insulation

The more research I did the more interesting the idea became. When you are building a tiny tiny structure with a flat corrugated tin roof, you will worry about insulation keeping it warm in winter and cool on a scorching summer day. Planting the roof is one of the most effective insulators against heat. Not only do you top your roof with an additional 10-20cm of extra material, but the plants shade the medium and enjoy the sun, and you can use it for extra space for a permaculture or a native vegetable garden, especially if your garden is very shady, as mine is.

The more I read the less green roofs seemed to be an option for the eccentric off the grid stereotype I’ve seen portrayed in some media, and the the reality showed itself to be more mainstream commercial. They have become mandatory in France on any large new commercial buildings. Germany is ahead of the US in terms of cheaper extensive technology, and it’s a huge, highly specialized sector bridging the building and landscaping industries, I wonder why we don’t have them in South Africa… an excellent way to extend the habitat of the Fynbos and xerophytic Karoo threatened by urban development.
on language: xerophytic gardens are perfect because we always lacked water
Karo means ‘dried out’ in Khoekhoegowab, one of the indigenous languages of the region, hence its use as the root in Karoo, our inland scrubby desert region, as well as a kaross, or animal skin blanket. 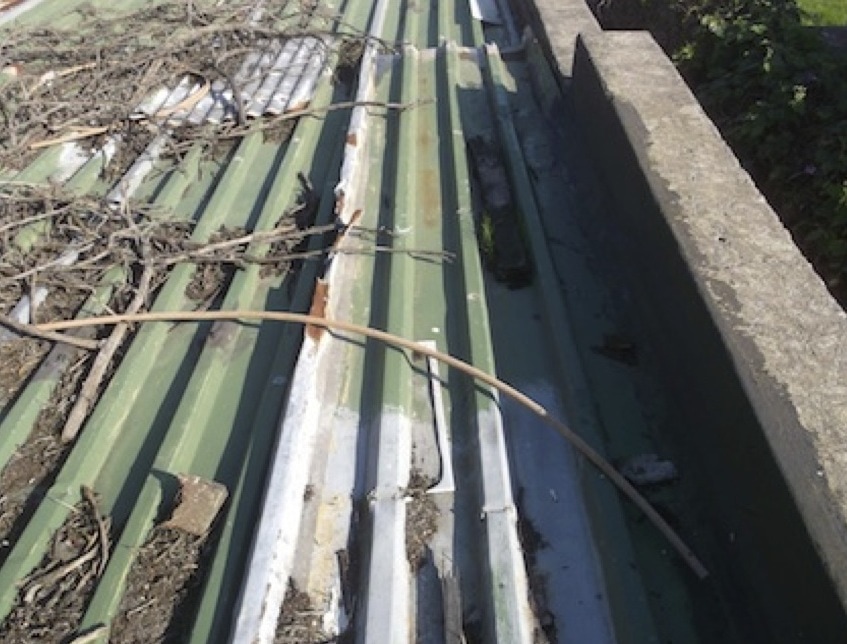 the hot, leaking roof of the garage

What a way to make corrugated tin roofs comfortable in summer and winter, and because the planting medium absorbs rain and releases it slowly, they have been shown in the rest of the world in urban environments, to reduce rain runoff peaks, just after a rainstorm, and thus reduce urban drain flooding. After a recent downpour, water was boiling and spouting OUT OF the storm water drain in Goodwood. Apparently in New York this massed storm water backs up and brings sewerage from the depths onto the streets. It sounds rather familiar.
The planted roofs also reduce the hotspots created by urban areas, as they reflect more heat than most roofs which are black, and modulate the air with water vapour, creating more comfortable microclimates in big cities. One can understand why extensive large, mass-produced, prefab green roofing that is very low maintenance, has become so huge and regulated an industry in Germany.

One down side in my personal search was the DIY green roof’s suitablity for 2-10 degree roof inclines, when I wanted a steep pitched roof. I soon worked out I could accomplish the same interior space with a stepped structure, allowing the roof sections to be flattish or only sloping slightly. Another bonus is that flat roofs of the cheap tin roof variety are cheaper than pitched roofs to construct. The gaps (the downsteps) could be filled with little windows or clapboard, attached beam to beam, and protected by a large overhang.
Another down side was the 60-150 kg per square meter weight when wet, necessitation a lot of support and thus more expensive structures.
And the last major downside was the construction of the outside part of the green roof itself, which in some designs can have 9 layers of expensive high tech materials, from waterproofing, to drainage, filter and other layers. On sloping  green roofs, a box like structure must be made to prevent the growing material sliding down. All of this added up to a lot of expense on the building materials.

and the solution is simplicity itself

I had almost given up on having a green roof, when cruising pinterest I saw a photograph of the solution. I wondered why it took me so long to get it, but this kind of thing is not mentioned on most websites because its so cheap, so DIY, so adaptable to a wide range of roofs and slopes, that a commercial green roofing company would use it but no one sells it as a DIY lite option. This is to plant the garden in flat waterproof trays. Immediately solutions that this would bring for a number of other problems occurred to me. I’m an even stronger green roof enthusiast now.

my green roof and wall collection on pinterest, beautiful but for useful construction ideas too