domes and their inventors 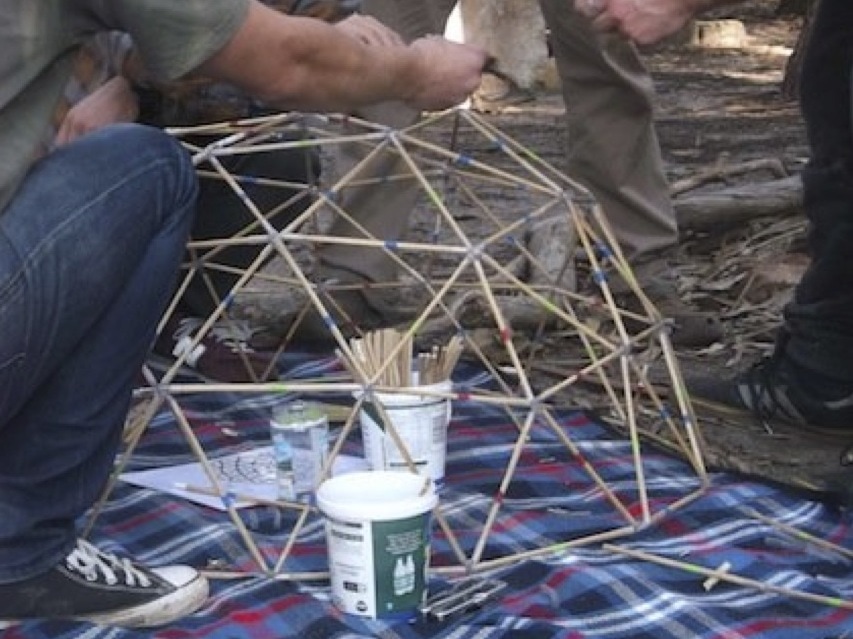 ​A geodesic dome building workshop on the 27th August introduced me to the fascinating complexity of geodesic structures and their inventors. I actually had the opportunity to be part of a group which built several different types. This was the practical element of the workshop run by Pete Staley at the Permaculture Research Centre near Scarborough on the Cape Peninsula. His workshops are affordable and he offers workshops on a variety of building themes, such as the earthship course coming up soon, as well as sessions which are credits towards a PDC. This was a very informative presentation, and Pete is obviously fascinated by numbers, geometry and engineering, and communicates his passion well. It was attended by a diverse group of people who were also well informed on the topic of green building and permaculture and I had some memorable conversations, and learned so much.

in the beginning....
The following information about the history of geodesic structures comes from my internet research more than Pete Stayley’s workshop, and it must be noted he may not agree with my angle on things.
The name "geodesic" is a mathematical term for the shortest path between two points on a sphere or curved space. It was given to this type of dome because of the structure being based on intersecting geodesics.
The first geodesic dome was designed in 1919 and built  in 1923 by Dr Walther Bauersfeld, an engineer, physicist and director of design at Carl Zeiss, the optics company in Jena (Germany), twenty five years before it was popularized by Buckminster Fuller. It was derived from an icosahedron, one of the platonic solids (see page on platonic solids). Bauersfeld even patented it in Germany in 1925 (Patent Nr. 415395). Its purpose was to serve as a hemispherical screen for the first projection planetarium in the world, also the first thin shell concrete structure in history. He needed a huge lightweight hemisphere onto which a projector could throw images of the sky. Between the wars Bauersfeld went on to build a dozen planetaria in places like Berlin, Düsseldorf, Rome, Paris, Chicago, Los Angeles and New York.
After World War two the famous inventor Buckminster Fuller independently discovered the same structure based on the icosahedron at Black Mountain College, which was developed in collaboration with a student. Buckminster was a man of enormous energy, jet setter, self promoter, word coiner, American entrepreneur, autodidact, poet, lover of design, Greenwich Village denizen, environmental guru, visionary, saver of the world, member of the privileged classes, and it is said, an inventor who jealously guarded his patents and did not credit collaborators. He recorded his whole life in great detail, and it is now held in vast archives at Stanford University. His career was on several occasions advanced by the US military. In the first world war he lent his family yacht to the war effort for espionage and received officer’s training in the marines in return. Between the wars he developed low cost housing in a family concern which eventually folded. After many odd jobs, bereavement, a period of alcoholism, and suicidal thoughts he had a vision in which he was told by a white light that he spoke truth, his life belonged to the universe and he should set about improving the lot of mankind. This set him on the road to recovery. After the second world war, although a geodesic structure had been built 20 years earlier by Baursfeld, Fuller was granted the American patents and is acknowledged globally as the inventor. Fuller also also had the license for building them and the mathematics and means of construction were kept a closely guarded secret. The greatest number of installations were for the military, and NASA researchers were interested in geodesic geometry.
Fuller also invented the dimaxion, a 3 wheeled car. In 1930 three were made. It did 36 miles to the gallon versus 10 miles which was common at the time, was highly manoeverable, with front wheel drive, two wheels in front and one at the back. He also produced many designs for low cost housing, which are not widely known, but his building of geodesic spheres and hemispheres and their use by the US military made him and the geodesic famous as a symbol of American modernity. 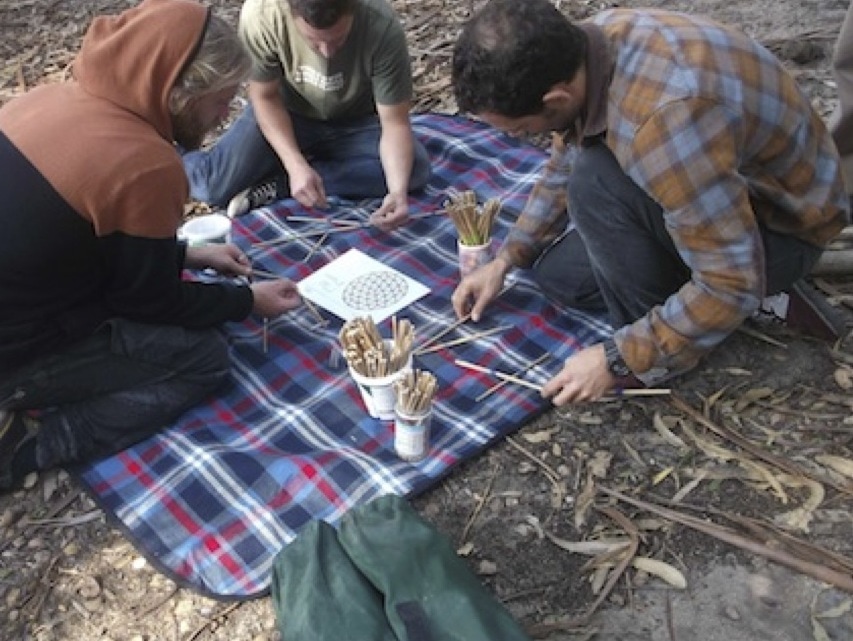 who invented the dome ?
The way it played out with recognition of invention in the case of the geodesic dome, and the effect of power, is reflected in the greater story. As a South African child I learned that the Romans invented the dome, and the arch.
In this narrative only massive or monolithic domes made in Europe are part of the story of architecture and civilization.
I come from the hottest, dryest continent. As such, from time immemorial, its inhabitants have often been on the move in search of living pastures and water. They perfected the art of making houses with whatever materials were available locally and of doing this quickly, with minimal labour and materials, aka with elegance. On many areas of the continent wood was in short supply. The answer to this need was a cornucopia of invention of light dome structures with natural materials. This continent is the epicentre of 'traditional' light dome invention. If you google images of traditional African building you cannot but be overwhelmed by the diversity.
But in the Western narratives, African dome geometry and invention are missing from the book of architectural genius because in the European story, till they got to Buckminster Fuller and modernity, 'real' domes were massive and heavy, and African domes were light and of a diversity of forms which look more like science fiction than classical temple roofs, 'real' domes were made of stone, bricks and mortar, and the domes made by Africans were often but not always made of wood, straw and mud, and 'just' thatch roofs for 'mud huts', if we are to use the brutal language of this construction of history which minimizes and ignores everything originating in Africa's past outside of the upper Nile.
So on the question of who invented 'the dome' as with many other human artifacts from language to symbolic systems, we have only to follow the diversity to find the answer, so far back in history, there are no individuals with patents, but communal genius aplenty, and the origin is Africa.