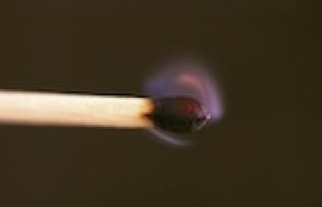 Biogas production is important because its main constituent, Methane,is highly combustible and can replace fossil fuels, for cooking, vehicles and electricity generation.
Biogas is usually about 50-75 % CH4 or Methane, 25-50% CO2 or Carbon dioxide, 0-10% N2 or Nitrogen gas, 0-1% H2 or Hydrogen gas, 0-3% H2S or Hydrogen sulphide, and 0 % O2 or gaseous Oxygen. The Hydrogen sulphide must be removed before it can be used as it is highly toxic. There are also traces of SiO2 or siloxanes, which damage engines and these must be removed or scrubbed from the gas. Methane needs to be compressed to be sold as a fuel, in vehicles or in the gas mains, and this requires energy. Thus marketing methane tends to reduce its energy efficiency.

Codigestion or cofermentation is a way of increasing gas yield. In Germany there are specially grown crops for gas production, these, digested with other organic waste from solid waste or from sewerage streams produce a higher gas yield than single stream digestor feed. This is because manure, which I’ve always mistakenly seen as richer than plants in terms of nutrients, has had a lot of the energy supply in the food removed by the animals. When manure is mixed with 30% plant crops it increases gas yield ten fold, and costs only three times as a much as a slurry only system, according to experts. The yield is also increased when mixing plant crops with high energy feeds like slaughterhouse waste, fats, oils and grease from restaurants and organic household residues.
​

It can be harvested from landfills and waste treatment plants to power the energy needs of these systems or be fed back into the gas grid. It can be used to generate electricity and this can be fed into the energy grid to compensate for power loss over long distance cables, and it embodies the possibility for localized and smaller scale energy cycles, producing both power and fuel more locally and thus reducing the costs of transporting vehicles fuel and power long distance. Biogas production also produces organic fertilizer on an industrial scale, which is the residue after methane extraction. Anaerobic digesters can replace or take the form of sewerage plants and reduce the waste in landfill sites, but as mentioned above, these can also yield methane.
​

Some authors have an argument in which this form of fuel extraction is carbon neutral, because the carbon released from biogas combustion has been removed from the air by plants very recently. The next harvest for the biogas digester will re-absorb a similar amount of carbon from the atmosphere. The combustion of fossil fuels in which carbon has accumulated over millions of years, overloads the atmossphere with carbon instead of recycling it in this way. Others disagree with this, claiming there can be no carbon neutral burning process. I would also add that notably the conceptual idea of the use of ‘methane’ as a product of the anaerobic digestion of plants which are carbon sequestering making it ‘clean’ energy is leaving out a lot of the story. As we see above, the co-digesting biodigesters add 30% from green fuel crops. The other 70% percent comes from sources which are sometimes not renewable, such as the composting of garbage, in which fossil fuel products abound. Sewerage is the output from the human system to which the input was food packaged in all these fossil fuel products like plastic. Vegetable food would involve some removal of carbon from the atmosphere, but meat has a very heavy carbon footprint mostly, as do dairy products. So I don’t agree that biogas is Carbon neutral, not now, in our present system.